With this weeks ongoing flying ban over most of Europe I was wondering if people were beginning to contemplate having their own means of travelling from Ireland and Britain to mainland Europe. Something along the lines of the commuter yachts that were used in the USA at the turn of the twentieth century. Something along the lines of the boat below.

Just the thing for popping across to France of England for business and if you’re worried about getting a touch of Mal de mer there are no gyroscopic stabilisers available which greatly reduced roll and pitching. 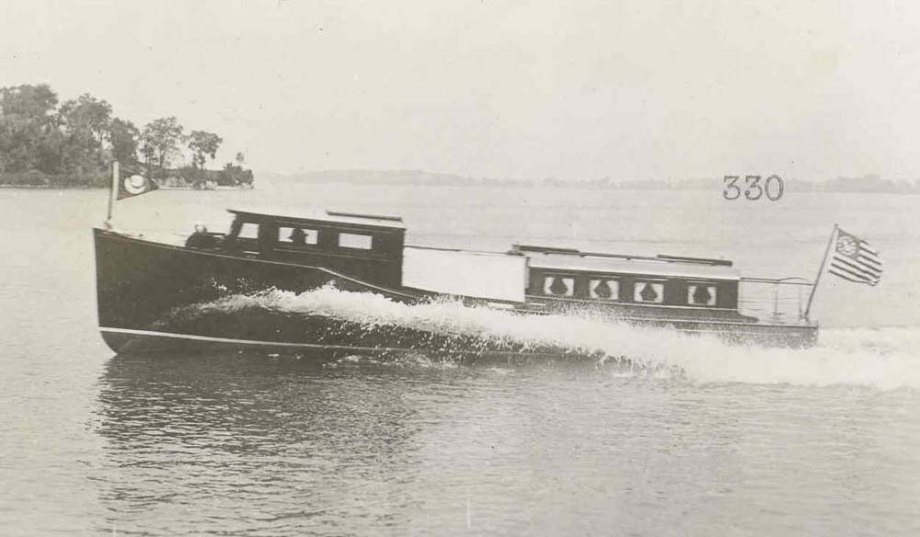 The boat above is“Rosamund” designed by John Alden in 1926 is the quintessential commuter yacht. These yachts were moderately fast motor boats that were quite spartan to begin with but later developed into luxurious yachts. Seven months a year wealthy New York industrialists were able to leave for work in their dressing gowns and have breakfast and dress on the way. With today’s communications technology it would be quite possible to work while underway turning your luxurious yacht into a mobile office. Built to the highest standards by Roeboats there is no reason why a modern or classic commuter yacht wouldn’t make the perfect antidote to air travel which will become more and more expensive and which has proven to be vulnerable to disruptions, think of 9/11 and now volcanic ash.

Or how about a Swedish commuter yacht, this one M/Y Vidar was designed by C. G. Petersson the famed Swedish naval architect, who I’m currently researching. His boats are drop dead gorgeous and of course seaworthy and fuel efficient.