Photos of progress are fw and far between from now on as just as I was starting the last stage of finishing this boat I received an order for 2 more viking type faerings for the TV series “Vikings” that is filming in Wicklow. Also The Game of Thrones people wanted to have the two boats I built last year modified for another shoot. So it was head down and ass up from now on. So I didn’t have much time or space to take photos.

Anyway here’s the dry fitting of the cabin top. It’s built strip plank method from 2.5″ western red cedar tongue and groove planking. This is pretty much the widest planking that would take the curve of the cabin top. 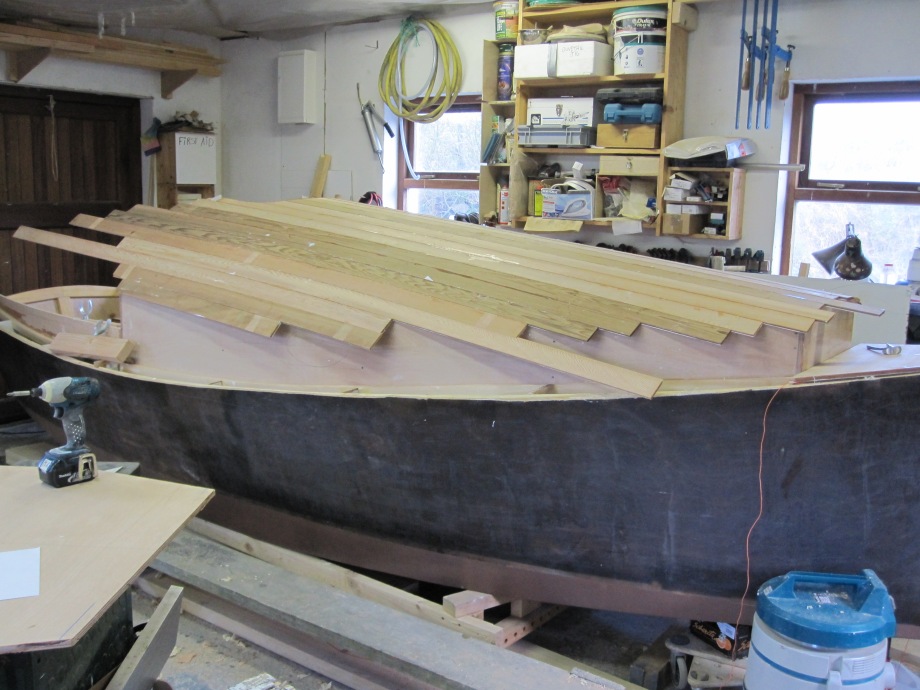 This is the top all glued and screwed down and ready for trimming.

And here she is ready for sheathing in 4 oz glass and epoxy. The glassing was down outside in a temporary shelter that I built on to the front of the workshop. I think I’m pretty smart but even I knew that would be a bit difficult to build two 16′ boats in  a workshop that’s only 22′ long.